Hello my dear friend!!!
Today I'm typing you a new part of my travel diary. This time I'm typing about my coming back to Istanbul and the things that I visited before coming back to Italy. Istanbul is a city that it'd take weeks to be visited, and the few things that I've seen in the few days that I've spent there really amazed me. Beside really wonderful famous landmarks, I've had also the chance to see some smaller and less known places, but that shown that they were precious spots that were worth to be discovered and seen. So, with this chapter, I'm bringing you back through the narrow streets of Istanbul, and I hope that you'll enjoy this trip.

Istanbul - Hagia Sophia - The Basil of the Saint Knowledge 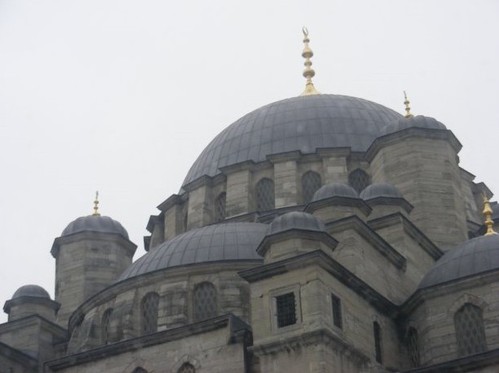 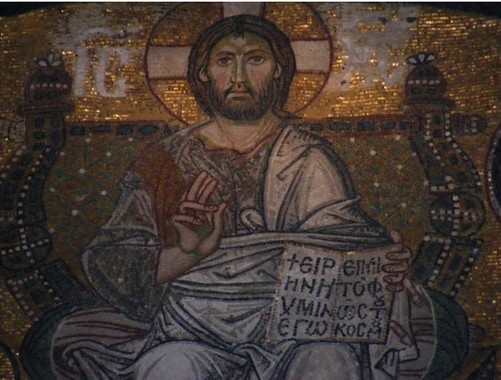 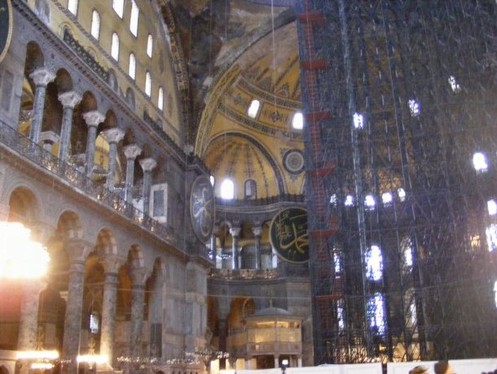 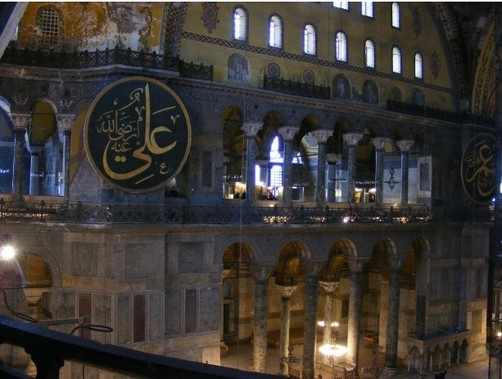 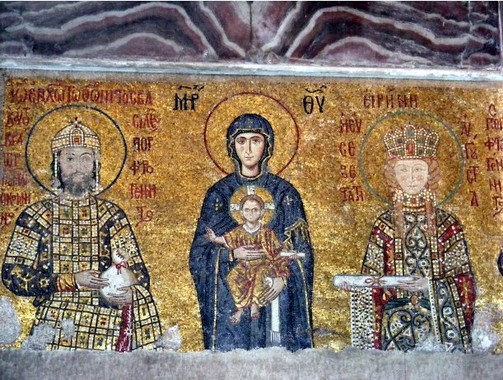 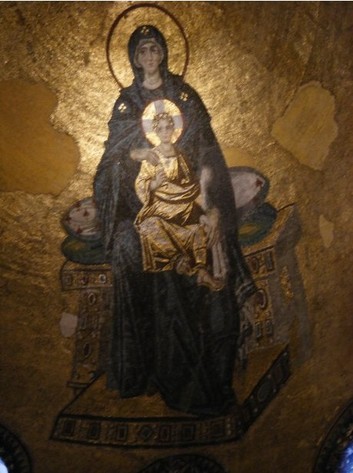 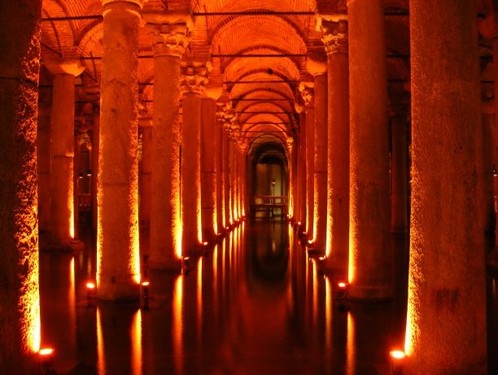 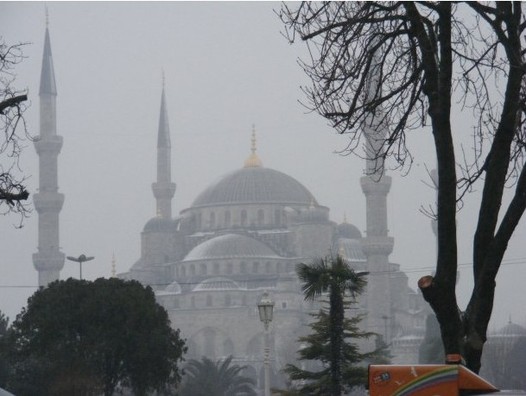 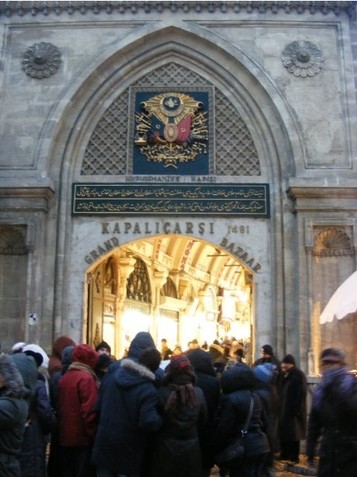 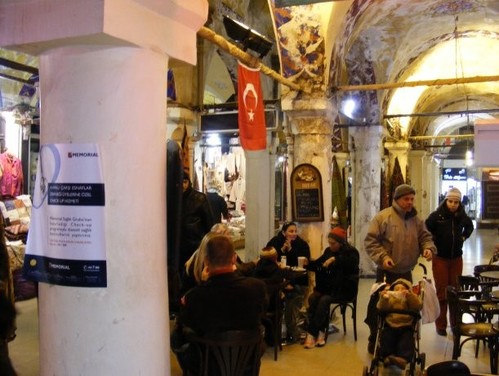 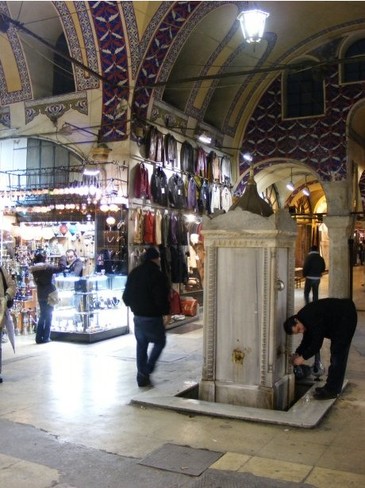 After the visit to the Hagia Sophia Basil we moved down the hill toward the Bosporus and on short we reached the famous Istanbul Grand Bazaar. When people thinks about a bazaar, often thinks about the ones from the Middle East of North Africa, but this one is different. In fact, this Bazaar it just a cluster of covered streets with regular shops. Of course no cars can enter them, but it looks more like a Mall than a Souk (Arabian market). Before entering we were warned so much on how to navigate the streets and we were also suggested to keep in the main ones... Yeah, we were told that once you enter it, you could get lost... I imagined that it'd be some kind of labyrinth, but it wasn't much different than walking into normal streets. The shops here haven't quite interesting prices as they are just like other shops. Sometimes I felt it was like a "tourist trap", as I could buy the same stuff on the other shops in Istanbul. Anyway, are noticeable the shops of Antiques, as they have pretty things. One other difference with the Arabian Souks is that you can't bargain much. In fact, they are like normal shop... They just rise prices of a little and you can bargain for a 10-20% off. Of course, some sellers are trying to scam people of a bit, but if you are aware of the value of your money and the value of the thing that you're going to buy, you can feel safe. When I was there, I entered with a group of people, but after 10 minutes of stopping to every shop with them and being asked to bargain for anything, I decided that I was having enough boring and I went away by myself. Being alone gave me the chance to look for what I needed and do it faster. I bargained for some typical sweets and some small potteries. By the way, my friends, while they were in their group, they bought the same sweets and they paid them four times more!!! can you believe? Anyway, walking there alone gave me the chance to see around more. I liked it, and I also found it interesting to see some nice places there. In this group of pictures you can see, in the first picture one of the entrances to the Bazaar, in the second picture you can see a restaurant inside the Bazaar, and in the third picture you can see a fountain where people were taking some water.

Saint Savior in Chora - The church outside the walls 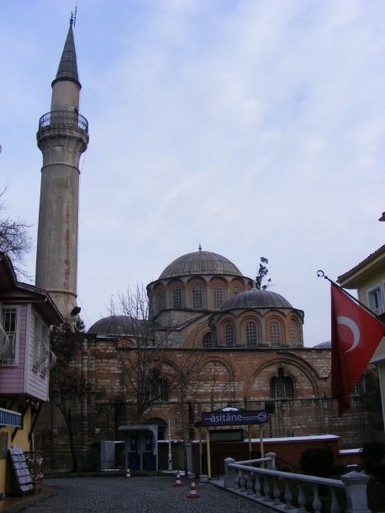 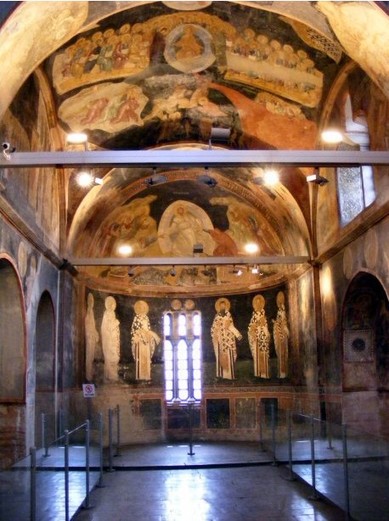 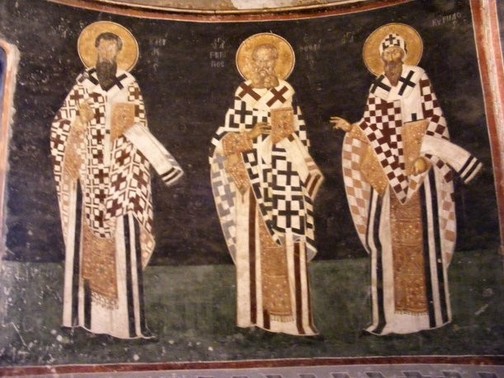 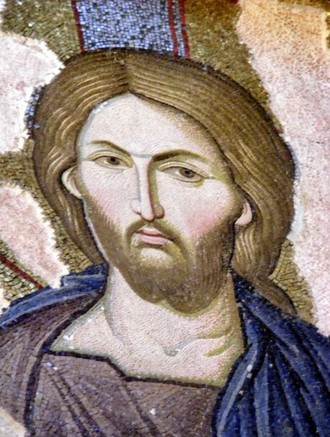 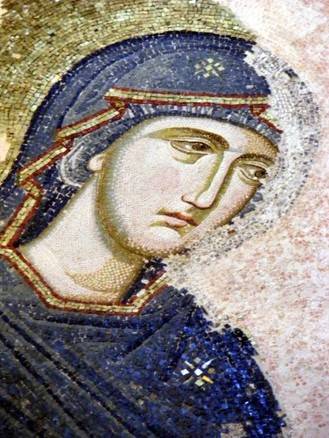 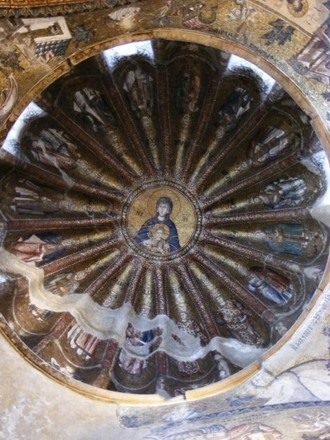 The city of Istanbul has so many interesting things that are worth to be seen. Many of them are named inside the guide-books, others are suggested by skilled guides, but some interesting things can't be seen unless somebody pass you the information. This happened with us for the Saint Savior in Chora church. In fact, in Istanbul there's also a church that is called the "Chora church". This church isn't very famous. The most particular thing is that this church was built in the beginning of the Christianity, and the mosaics and paintings inside of it show some "unrecognized Gospels". In fact, beside the famous four Gospels about Jesus, there are some that the Church doesn't want recognize. Some are reported here. Beside the origin of the story told in these paintings, the main reason for which we went to see it, was that this is one of the best Byzantine churches of the world. So, it was worth to go and see it. The paintings were wonderful and it was really pleasant to walk into this small, beautiful and cozy church.

Fatih Cami - The mausoleum of the Conqueror 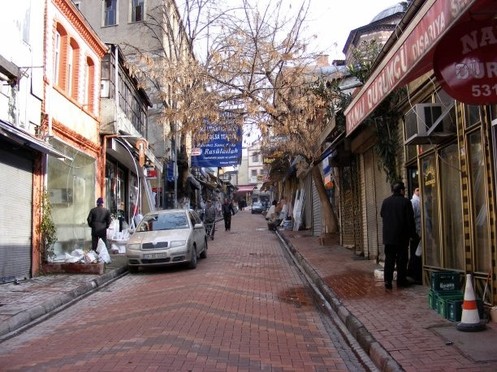 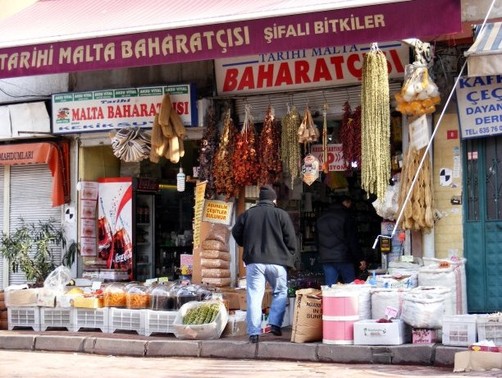 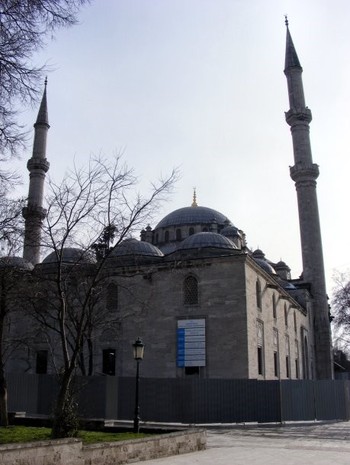 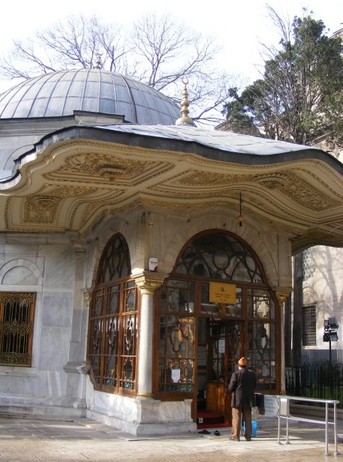 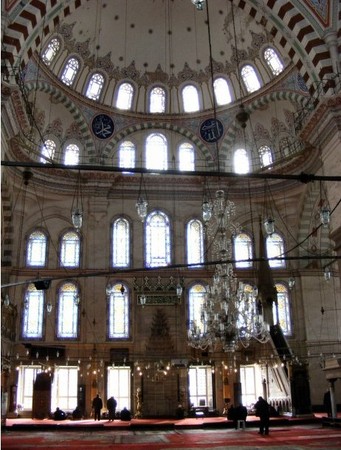 After seeing the Chora church, we decided to walk back to the "Golden Horn" neighborhood. It was a pleasant day and it felt nice to walk around Istanbul. While walking we reached the Fatih neighborhood. Once we were there we checked our guide-books to see if there was something worth to be seen. We found a note about the Fatih mosque. In Turk the word "mosque" is "cami", quite similar to Arabian, that is "jami". So, we spotted the towers around the mosque and we walked there. You can see the some streets of the Fatih neighborhood in the frist and second picture of this group, and you can see the mosque in the third and fifth picture of this group. While we reached the mosque, we started to look for the entering, in order to see the insides. And here we found him. When we turned a corner, we found the entering to a small mausoleum. A single tomb lied inside of it. The name on the top of the mausoleum said "Fatih Sultan Mehmed". When we read that name, my friend Givanna froze. She couldn't believe to it. She turned to me and said "Listen you're before one of the most important men in history... He's the conqueror of Costantinopole!". In fact, this sultan was the one that in 1453 written the word "end" on the Byzantine Empire history. In our days this tomb is quite small and only few people go and see it. In spite here lies one of the most important men in European history, it's hard to find this place and almost no tourists know about its existence. Anyway, we were very happy to have the chance to go and see this place. 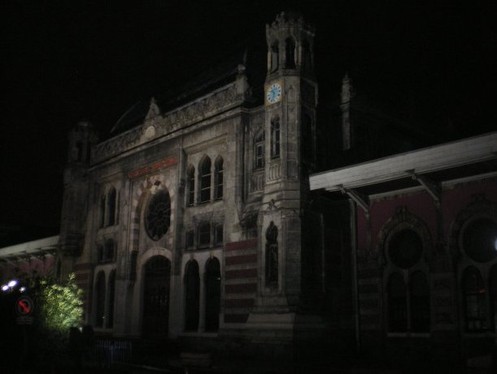 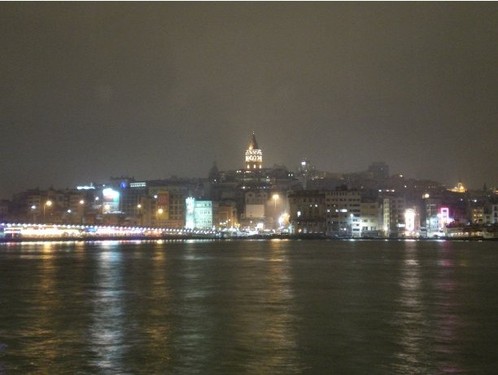 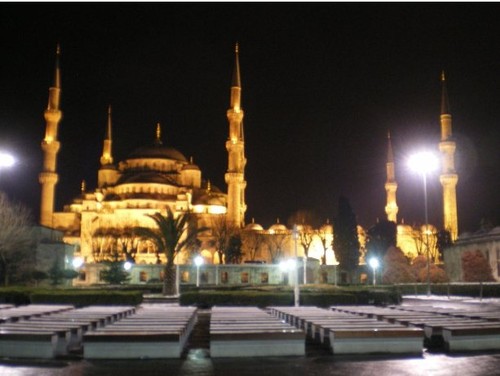 It was the last night in Istanbul, and we decided to have a more stroll through the city by night. It was pleasant to walk there while the snow was falling. That night we also had one more chance to go and see one more thing that our guide didn't let us. In fact, we went to see the Orient Express train station. This station is the one where the Orient Express train ends its ride. You can see it in the first picture of this group. In the second and third picture you can see the Galata neighborhood and the Blue Mosque by night, with some snow.

Istanbul - The coming back 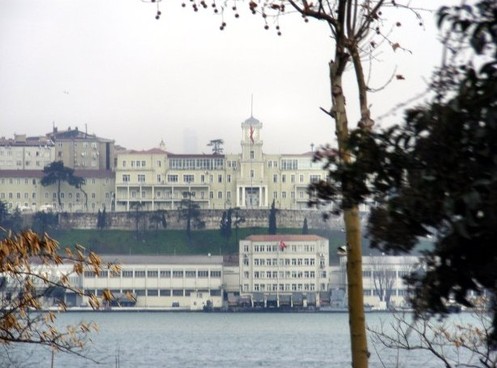 The morning after our night walk through the city, we had to come back. While packing my bag I was thinking about all the things that I've seen, the new things that I learnt and the people that I've met. I thought that it was far too much to remember it all in one time. In fact, in spite the travel was so short, it was so filled of places, people and feelings that I couldn't believe. I found this travel absolutely great and I suggest to everybody to go and do the same. Turkey was one of the most important places for the European history. Many traveler, merchants and armies crossed this land. While doing the same tracks and visiting those places was really worth the cold and fatigue that we felt. On the end we (me, Laura and Giovanna) were so happy of having shared all this together.
I hope you liked this travel diary. I tried to be as much clear as I could and to fill it with all the information that I found in this travel. It was a real pleasure for me to type this and to share it with you.