Hello Dear Friend!
Today with my travel diary I'm showing you the beautiful Cappadokia, and in particular some wonderful palces in the Goreme Valley. When I started to gather any information about Turkey, I've noticed that often the symbols of Turkey were the mosques in Istanbul and the landscapes of Cappadokia. So, I was really interested to go and see these landscapes for real. As I was told by a friend of mine that already went there years ago, these places really amazingly picturesque. I hope that, with this travel diary, I'll be able to show this to you, even if I already know that it'll be very hard.

Day 5 - Uchisar and the Pigeon Valley 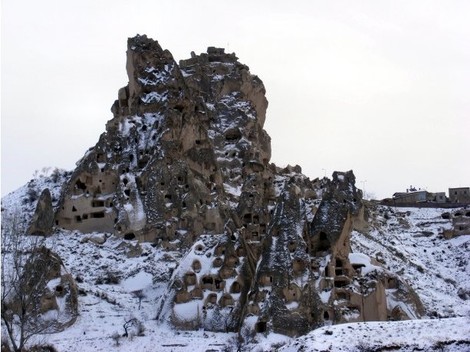 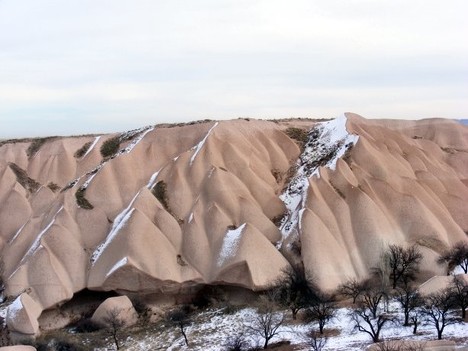 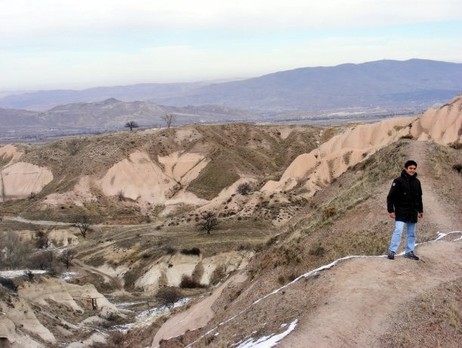 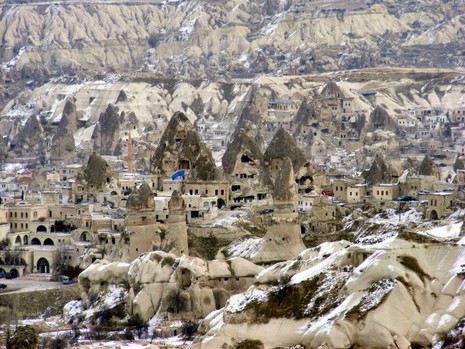 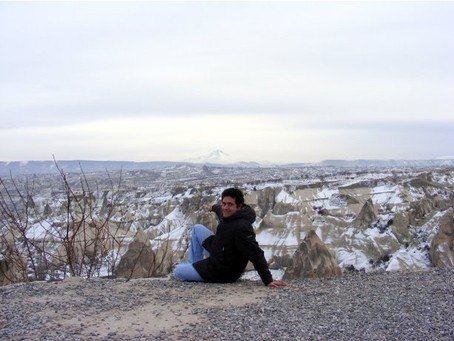 One of the places with most interesting history in Cappadokia is the area surrounding the city of Uchisar. This small city was firstly built during the Roman Empire, but not much remains from that time. One of the most important things is the "Uchisar Casle". You an see it in the first picture of this group. The "Castle" is a 25 floor structure built carving and digging a mountain. From the outside it may look like a "Bee Hive", but its structure is really like an underground city, but developing through a mountain and climbing up to the sky. The "Uchisar Castle" was used as a citadel from the Roman time, through the Byzantine and the Seljuk times. The main change happened during the Ottoman Empire, when the upper rooms were turned into "dovecotes", the places where are kept pigeons and doves. The reason of this change is that, seen that the land around Uchisar is made of tufaceous soil, quite poor of minerals useful for agriculture, the pigeon guano was a really precious fertilizer. The same guano helps the vegetables to grow and discourage the rise of the weeds. All the area surrounding the citadel was built on the same way, with houses carved into the rock. You can see some examples in the fourth picture. This place is also called "The Pigeon Valley" as the houses looked like "dove-coves" themselves, and it's still common the rising of pigeons for their guano. Only in the last 20 years, when were built the first "modern" houses with electricity and plumbing, people begun to leave the "old style" houses. In the pictures of the group you can also see the landscape of this valley and how I looked after the night of partying (ok, it wasn't my best looking self!). 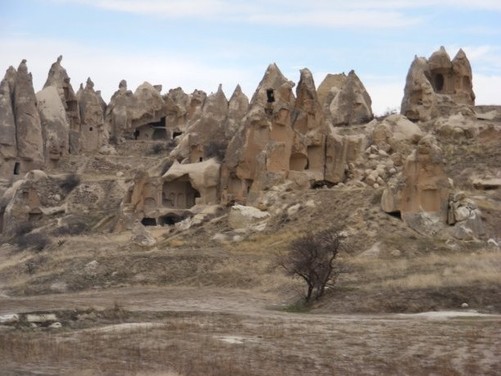 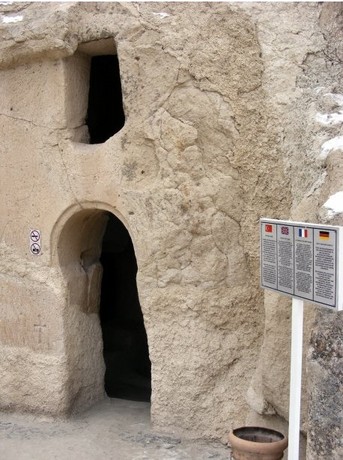 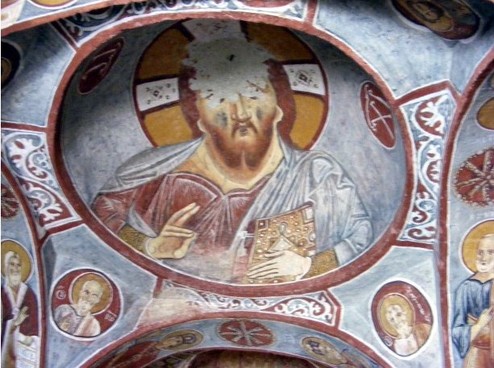 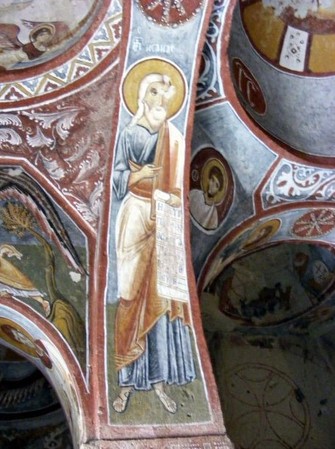 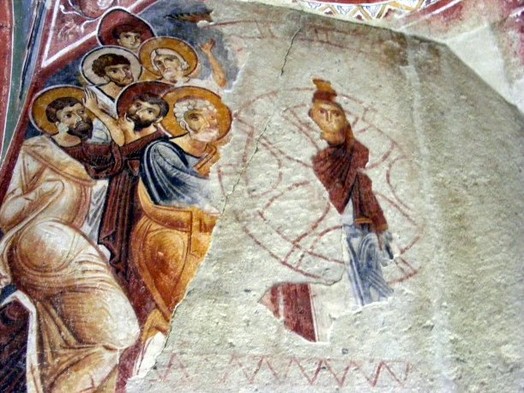 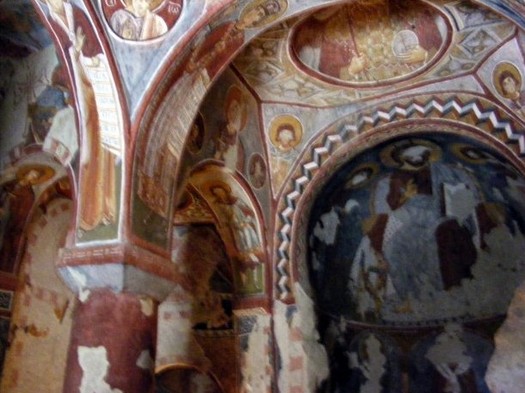 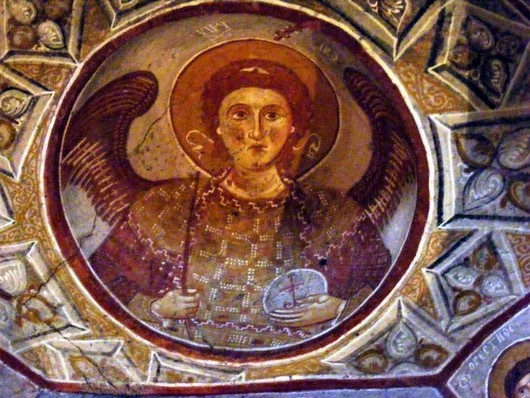 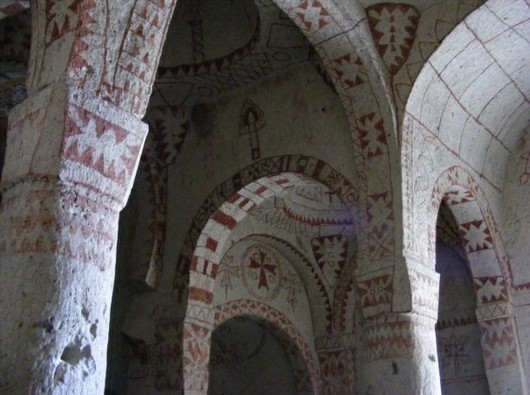 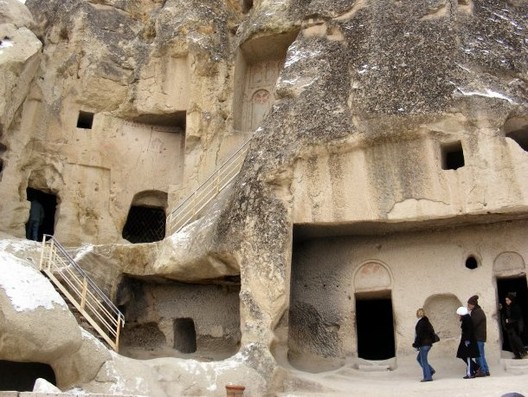 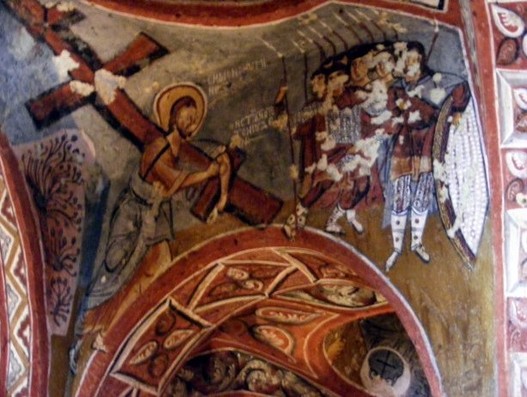 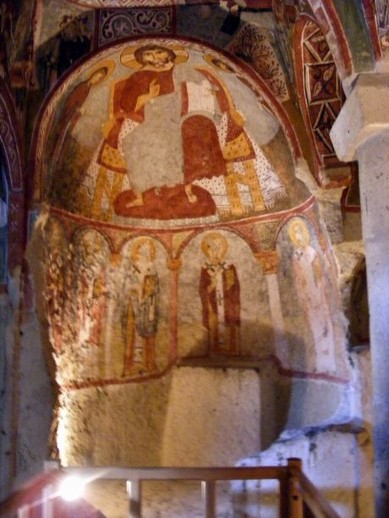 One of the most important places of the Cappadokia is the Goreme Open-Air Museum. This place is a small valley where you can see the "Cave Churches" museum. In this valley, in the Byzantine time there was a really big and important monk community. You can see how a part of this valley looks in the first and ninth pictures of this group. Many may think that it's strange that these people carved so many Churches into the mountain. The reason was that here there was a strict rule. Both monks and nuns could only say one prayer every day in the same Church. So, seen that they wished to pray more, they started to carve more churches, by this way, they could pray more. These Churches are real masterpieces, for the architecture, all the paintings and the iconography. The Churches have many different names, some coming from the fantasy of the farmers that lived there around after these Churches were abandoned. For example, the "Apple Church" is called like this, because the farmers thought that the orb in the left hand of the Archangel Michael was an apple. Among the others, you can visit the Church of Saint Basil (you can see the entering in the second picture of this group), the Apple Church (you can see the inside of the Church in the pictures 3, 4, 5, 6 and 7), Saint Barbara Church (you can see the inside of it in the eighth picture of this group), the Sandals Church (you can see it int the pictures 10 and 11). It looks like every Church has its own history and is surrounded by the legend. For example is said that the frescoes inside the Sandals Church are the copies of the "Ascension Church" in Jerusalem, while in the "Snake Church" is told the story of the Emperor Constantine that dreamt about the place where was hidden the real Jesus Cross and found it, to hide it again under Haya Sophia in Istanbul. These Churches are very old, and it's sad that in the Seljuk times, also called the "Iconoclast time" many frescos were destroyed. In spite of this, many of them are still very beautiful. I just want to show you two things in particular, in the fifth picture taken in the Apple Church (you can take as many picture you wish, but all without using the flash), shows that some frescoes are falling and showing some more ancient frescoes. In the eighth picture, taken inside Saint Barbara Church, you can see very ancient decorations. These are very interesting as to understand them better, people should have studied iconography and symbology before entering. Almost everything is meaning something else. This was done to preserve it against the Romans that could think it was Christian and destroy it, and this worked also in the Seljuk times, as it wasn't touched. The interesting thing is that, for example, the three Crosses (the Jesus one and the ones beside him) were shown as three palms.

The Valley of the Hermit Monks 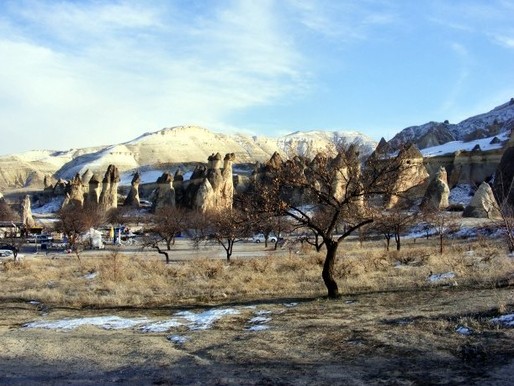 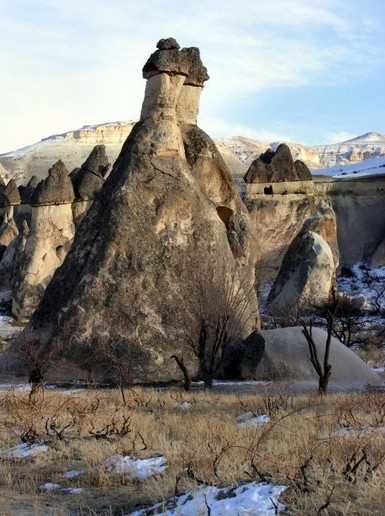 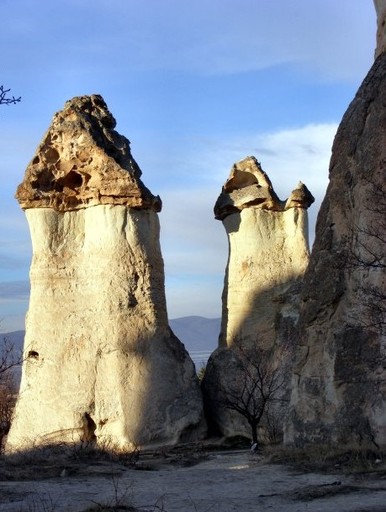 Near to the Goreme Open-Air museum you can see the Valley of the Hermit Monks. Here lived in past some monks, inside houses carved into the rock. They lived in complete isolation. When we were there, we felt how cold could be, and I think that they had really hard time. Their faith should be really unbreakable to live like that. The place is quite beautiful to be seen and really peaceful. When we were there we had a chance to see the beginning of the sunset, and when the rocks started to turn orange, it took our breath away. We wished to stay there more, just to sit and rest a bit in that peaceful spot, enjoying the sunset, that little by little was filling all the place with its orange glowing. And on that moment, for a few seconds, we understood why the monks chosen that place to meditate. It was hard to find in that area a place more touching than this valley in the sunset.

The Camel Valley and the Fairies Chimneys 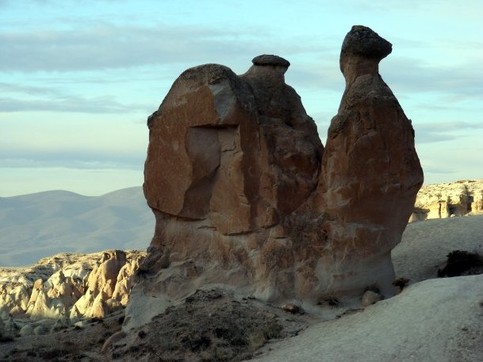 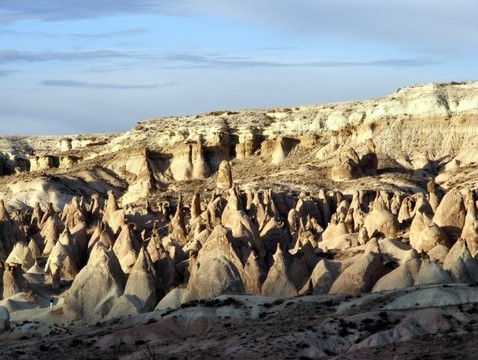 Near to the Valley of the Hermit Monks you can see the Camel Valley. It's called like this, because on the beginning of the valley there's a rock shaped like a Camel (you can see it in the first picture of this group). This valley is also called the "Fairy Chimneys Valley", from the name of the rocks that you can see in the second picture of this group. In fact, these rocks are called "Fairy Chimneys". When you're there, especially at the sunset, it's funny to think, just for a short time, that maybe here is a place from a fairy tale and there under those chimneys, could be fairies living and maybe cooking their dinner. It was funny.
When I was in Cappadokia I enjoyed very much those beautiful landscapes. It was obvious for me to remind what I've seen in Petra, Jordan. Still when I was in Petra many people compared the two places. Now that I was also in Cappadokia, I've to say what I think. I love Petra as much as I like the Cappadokia. The feelings were different, the places had different story and the use of the places was different. Anybody can say that prefers this place or the other. No, none of them is better than the other. They are both wonderful, but too much different to be compared. Their charm, and the breath that they take away from you, belongs to the history that crafted the reason of their existence, as their beauty belongs only to the craftsmen that took it out from the hard rock, to amaze us. These places can't be compared, but just watched, enjoyed, felt, loved and never forgotten.
Powered by