With this letter I'm sending some more pictures of the travel. I'll send them to you just like the order I took them in the travel. I hope that you'll like them :-)!!! 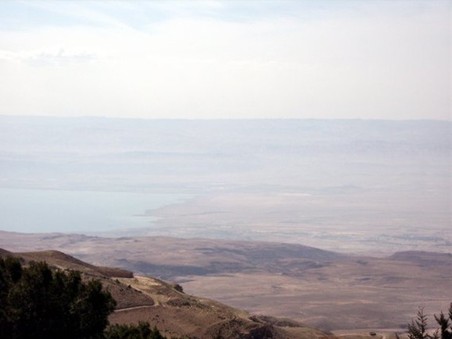 Mountain Nebo - The Sight of the Promised Land: Jordan is one of the countries where you can find more places named in the Holy Bible. When you're on your way, heading North, to Amman, you'll get close to the Mountain Nebo. Here is where, according to the Holy Bible, Moses ended his journey and seen the Promised Land. From here you can see the Jordan river valley. This picture was taken from the Moses Memorial, and you can see the valley where the Jordan river flows and the Dead Sea. When weather is good, you can also see some towers in Jerusalem. You have to be lucky to get that good weather, but make sure that we seen them!!! Jerusalem should be about in the center of the picture, just over that mountains. 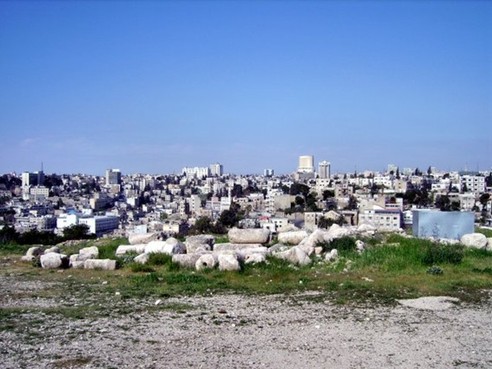 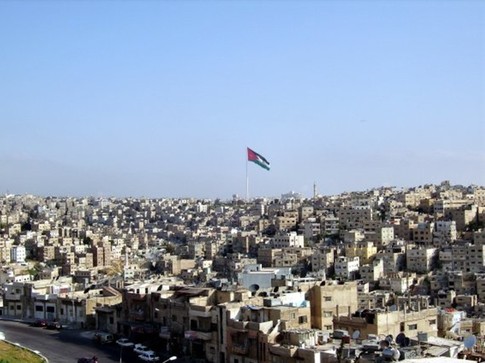 Amman - While on the travel, I spent a few days watching the surroundings of Amman. This city is chaotic like any other city in the world, but to make matter worse, many of the streets haven't name. If you are down a street and you need to reach a certain place, you have first to know some landmark close to the place where you need to go. For example, you need to go to a restaurant next to the flag in the picture, you'll just know that it's "near the flag", and you have only to ask around the way to the flag... These pictures were taken from "The Citadel", what remains form the ancient city (a few walls and a few columns). In the first picture you can see the "New Amman", where there are the best hotels and offices. The second picture was taken to the old city. My hotel is somewhere in the second picture next to the extreme right somewhere on the hill (I can't recognize it). In the middle of the picture, you can see a flag. It sounds like it's the biggest flag in the world. 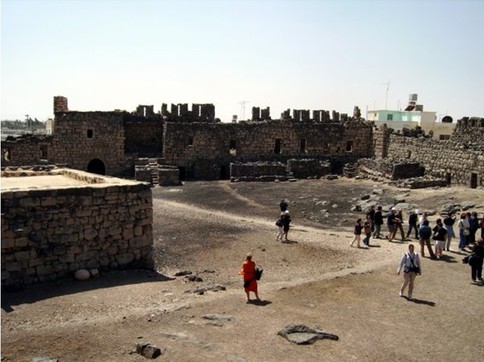 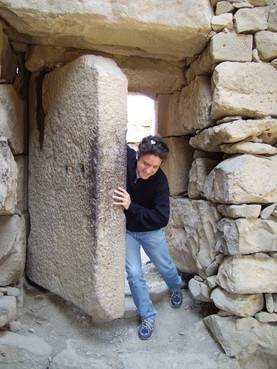 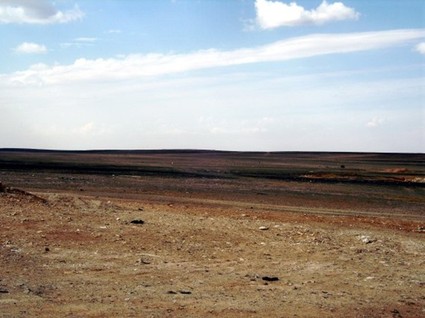 Qasr Al-Azraq - Lawrence's Casle in the Black Desert: If you go to Jordan, get ready to listen all the time to talk about Lawrence of Arabia. Here he was a kind of hero. So, you will see shops called Lawrence, babies called Lawrence, restaurants with written "Here had dinner Lawrence" and many castles that are told to be the ones of Lawrence. In Qasr Al-Azraq, you can see a castle. Many think that it was build by Lawrence... No, it wasn't build by Lawrence. Someone got there before and got there earlier of about 2000 years. In fact, it was first built by the Romans. After, it turned to be just a station for the people traveling along the desert, and on the end, during the Arab Rebellion, it was tuned again into a castle. Of course, here came Lawrence and slept here a night. The most interesting to me, wasn't all the legend about Lawrence sleeping here. But is was where it was built. In fact, it's in the desert that goes to Iraq. Here it's the black desert (you can see it int the third picture). Everywhere you look, you can see normal sand streamed with black sand and black rocks. Also this castle has been built in black stone. It's quite a curious place.
Powered by