With this letter I'm sending you some more pictures of my travel to Jordan. Just like I did in my previous letter, I'll send you some pictures with some lines under, just to tell you what you can see in the pictures and maybe some information in more. I hope you'll like this diary of my travel ;-)!!! 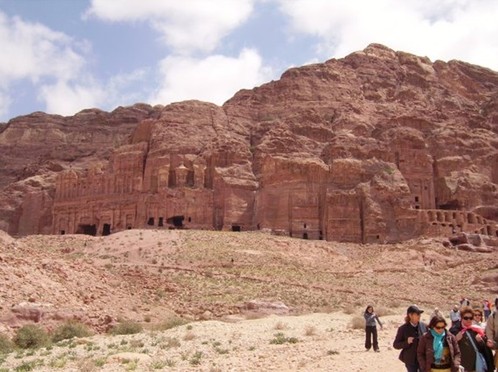 Petra - The Tombs of the Kings: When you're walking down the Street of the Facades, you'll reach a turn and you'll find yourself in a large valley. On a side, on your left, you'll keep on seeing many facades, then what remains of some far temples (only the ground and a few columns), another small temple of the water fates, and very far you'll see also a building that was built by the Egyptians, which is still covered by a deep curtain of mystery, seen that Egyptians didn't leave even a line telling something about it. On the opposite side of the Street of Facades, watching to the mountain, you'll see something that will leave you without a word. Something mighty. In fact, just before you, carved into the rock, you can see the four Tombs of the Kings. I'm sending you this picture taken from far, because only in this one you can see all the four tombs together. From your left, you can see: The Palace Tomb, The Corinthian Tomb, The Silk Tomb (the small one with a small window over the door) and The Urn Tomb (the one on the extreme right with many arcs under). It's curious why they called The Silk Tomb in this way. In fact, in this picture you can't see it well, but the rock, in the point where this tomb is, has really wonderful colors and it looks like made of silk. The last one, The Urn Tomb during the Roman dominion was chosen as a courthouse and Romans also built the arcs under it. In fact, where you can see the arcs, is where there where the jails. One more thing, the girl that you can see just a bit under and on right of the Silk Tomb, is the girl that in the desert, when we had the "Dune Climbing" contest got on the top as second, while I was the first! 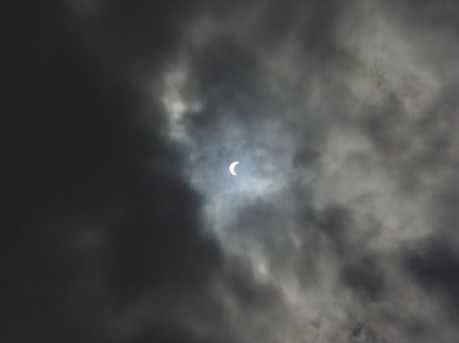 Petra - The Eclipse: The day that I was in Petra, I had the great luck to witness the Eclipse in such a wonderful place. It happened that my group was split in two. The ones that paid a lot of money for the travel and chose to get high-class hotels, and those who paid MUCH less and had no problems with staying in average places. So, when we were in Petra, the "High Class" group was brought to eat in a wonderful restaurant, while me and my small group were brought in another place to eat. It looked like a garage, but for me it was ok. Of course, seen that I was so much amazed by Petra, I decided with other three friends (my friend and two more girls) to eat outside that place and still have a look to Petra. While we were outside, the sky turned cloudy, and a cold wind started to blow. Soon later all it turned to be darker. It was there that we reminded that it should be the eclipse. We looked to the sky, and we seen it!!! Those strong clouds allowed to look to the sun, shielding us from the too strong light, and to see the eclipse!!! It was wonderful!!! I also took this picture and I hope you'll like it!!! By the way, us four were the only ones of the our two groups to have the big luck to see it!!! 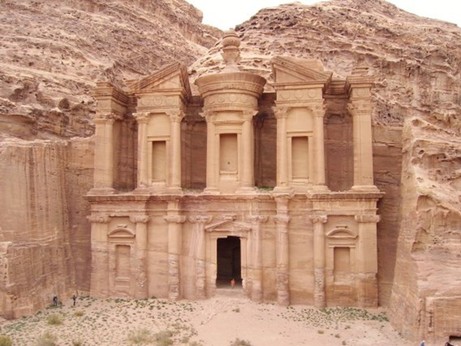 Petra - The Temple: When you are on the end of the Street of the Facades, you have the chance to go to The Temple. To reach there, you've to walk to the top of a mountain. When you get on the top of the mountain, you see nothing. You think that, there it should something beautiful, because anything you seen until that moment was great, but when you're on the top of the mountain, you see nothing (except a really great landscape). You keep on walking. Then you make a small turn and you find yourself facing something that it's so mighty, so huge that it's hard to be seen all in one time!!! It's The Temple and it's really GREAT, especially if you think that this building has over 2000 years!!! To take this picture, I climbed a rock opposite to The Temple, and just from there you could have a really beautiful view of it. In the picture you can see that around it there's a lot of grass. Actually it's not just grass, these are Desert Tulips, and I just wonder how it looks when these flowers blossom. 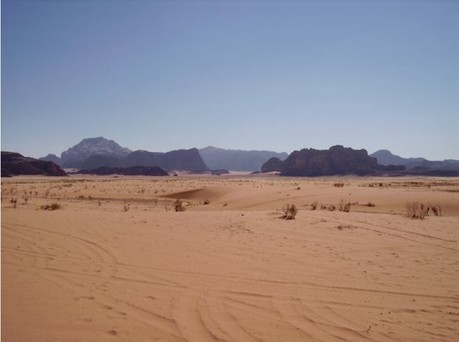 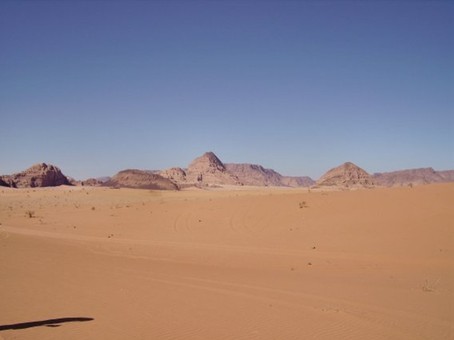 Wadi Rum - The Vally of the Moon: The desert is an unbelievable place. All the people that I know since they seen the desert they love it. I never seen it before, but after that short time spent in the Wadi Rum, the Vally of the Moon, I love it too. You're there, and you feel the peace of an empty place. You feel the sound of the gusts of the wind, and that sound, that I can't explain, of the sand brought by the wind makes you feel a so deep quiet. It's worth sit on the sand for a bit and feel it.